Skip to Main Content
It looks like you're using Internet Explorer 11 or older. This website works best with modern browsers such as the latest versions of Chrome, Firefox, Safari, and Edge. If you continue with this browser, you may see unexpected results.

This collection contains videos, eBooks, primary source documents, and selected websites for the study of the U.S Constitution, its history, interpretation, and its effect on the U.S legal system. 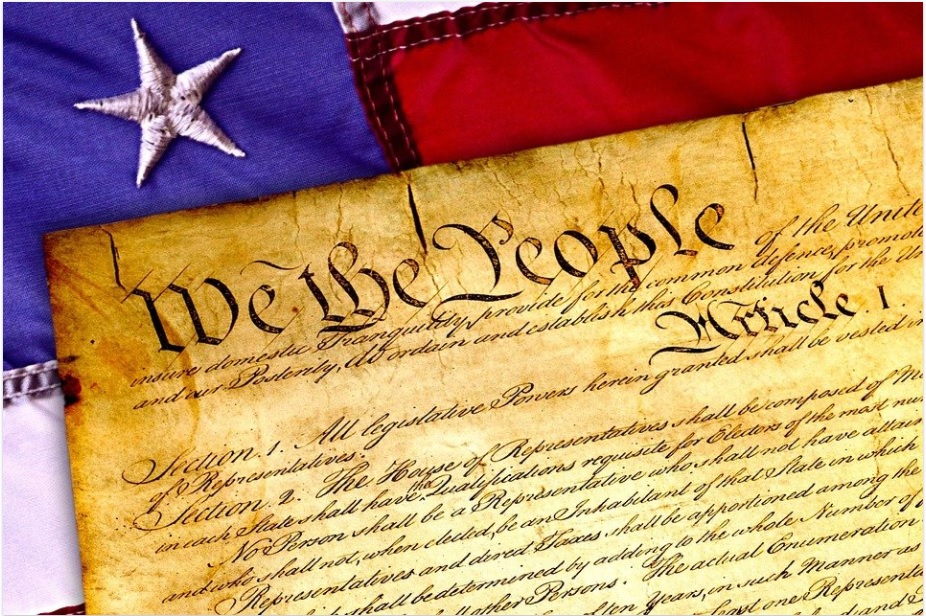 "Constitution Day and Citizenship Day is observed each year on September 17 to commemorate the signing of the Constitution on September 17, 1787, and “recognize all who, by coming of age or by naturalization, have become citizens.”

This commemoration had its origin in 1940, when Congress passed a joint resolution authorizing and requesting the President to issue annually a proclamation setting aside the third Sunday in May for the public recognition of all who had attained the status of American citizenship.  The designation for this day was “I Am An American Day.”

In 1952 Congress repealed this joint resolution and passed a new law moving the date to September 17 to commemorate “the formation and signing, on September 17, 1787, of the Constitution of the United States.” The day was still designated as “Citizenship Day” and retained its original purpose of recognizing all those who had attained American citizenship. This law urged civil and educational authorities of states, counties, cities and towns to make plans for the proper observance of the day and “for the complete instruction of citizens in their responsibilities and opportunities as citizens of the United States and of the State and locality in which they reside.”

In 2004 under Senator Byrd's urging, Congress changed the designation of this day to "Constitution Day and Citizenship Day" and added two new requirements in the commemoration of this Day. The first is that the head of every federal agency provide each employee with educational and training materials concerning the Constitution on September 17th. The second is that each educational institution which receives Federal funds should hold a program for students every September 17th."--Library of Congress.

This collection contains videos, eBooks, primary source documents, and selected websites for the study of the U.S Constitution, its history, interpretation, and its effect on the U.S legal system.

Links to websites that do not include Bryantstratton.edu in the address are suggested as information helpful for students and faculty. The websites are not affiliated with Bryant & Stratton College.